Most pool owners in Broward County and Miami Dade County have complained because their pool has been partially served because of the rain, and the pool tech will not return to perform any missed duties until the next regular service

Officially the OSHA regulations are the reason why your pool techs is not allowed to use any pool equipment to brush, skimmer and vacuum your pool during a rain, but let´s focus on the motive why OSHA standards are so strict about this matter.

According to statistics from the National Oceanic and Atmospheric Administration of the United States, (NOAA), Florida is by far the state where most people die from lightning strikes. Between 2007 and the end of 2017, 53 people died, well ahead of the second most deadly state due to this cause: Texas, with 21 deaths for the same period.

Additionally, NOAA data indicates that 64% of death by lightning strikes since 2006, were people who were participating in outdoor activities, as for example, doing maintenance service to the pool

But, why so many deaths in Florida?

According to data compiled by Betsy Crips, from the University of Florida, The large number of thunderstorms and lightning deaths in this State is due to a combination of high temperatures, high humidity levels and its location between the Gulf of Mexico and the  Atlantic Ocean. “Rain clouds plus high temperatures result in thunderstorms and lightning,” she explains.

The rays are a natural phenomenon with a power of up to 30 million volts and a temperature of up to 30,000 ° C, five times hotter than the surface of the Sun.

When there are storms, the rays fall on the highest areas of the terrain and, therefore, a person walking in an open area becomes the highest point in its surroundings becoming a lightning rod, so it can be reached directly by these electric shocks of nature.

But why would lightning strike a person?

In view of these facts, it is crucial that all citizens in Florida protect themselves and be alert during the storm season. It is very important to know that:

Beyond complying with government regulations, staying indoors during the rain is a safety issue not only for the pool tech but also for all the people who inhabit the state of Florida. The consequences of a lightning strike can be fatal. Failures of the central nervous system, alterations of the heart rhythm, convulsions or death when the respiratory center is paralyzed and suffer cardiac arrest.

Always keep in mind that 80 to 85 percent of the human body is composed of water, that’s why we are a perfect conductor for electricity. Being out in the open, near an entrance, a cave, hut or shelter, or next to an open window is dangerous because the human body serves as a bridge for lightning.

Ready to get started?

Talk to Our Team

Call Us for a Free Quote

Dissclaimer: * Images of swimming pools belong to their respective owners, 90% are images of our work, another 10% are referential. Testimonials are made by current clients of Urban Pool Services, the images are referential to protect the privacy of our clients. 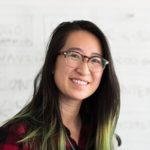 Call us and we will help you bring your pool to life.